What’s this!? A Friday Puzzle with out a ton of baggage being thrown out of the pram? And didn’t I promise you some more sudoku puzzles in preparation for the 2nd round of the UK’s online WSC qualifier? Well I did round 1 in an unspectacular time, and was informed the much bigger second round has to be done by Sunday. I can’t be arsed to churn out an entire two hours test worth of sudoku in a week. I should probably get on that soon, because I’ve just realised there’s potentially a fairly easy way to sabotage the efforts of someone you don’t like much.

Besides, you are probably bored of sudoku now anyway? I don’t blame you. Here’s a pretty hard Nurikabe instead. I should probably warn you at this stage that in trying to focus on the visual clock-face aspect of the puzzle, the quality of the solve began to suffer. Not that it’s not bad or anything, but it definitely falls short of perfection. Errr…I mean, enjoy! 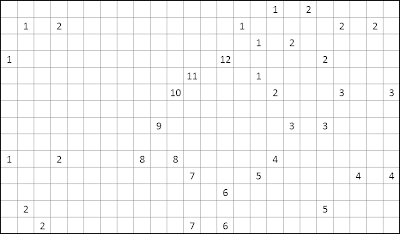 EDIT (May 2022): I have noticed from blog analytics that this post has been continually and regularly viewed over the last couple of years.
I suspect someone has bookmarked a link with the idea of trying to discredit or blackmail.  I am not stupid, nor do I think I should airbrush my past.  For better or worse I choose to blog, and that means living in something approaching the public domain.
So if you are the sort of pathetic being looking to discredit or blackmail me - or simply have vague plans to do so - please come out of the shadows.  Analytics already lets me know where you are based, which in itself is already quite telling.  Rest assured I am long-prepared for any contemptible shenanigans on your part.
EDIT:  Before you jump to any conclusions, please read this:
http://tcollyer.blogspot.co.uk/2010/03/communication-breakdown_8893.html

Welcome to Friday Puzzles, where I am pleased to announce the Puzzled Medium TM 2010 Sudoku qualifiers!!!

The prize you, dearest reader, could win is a once-in-a-lifetime chance to lick your very own elbow, under world championship conditions, whilst looking at this lovely picture of some Philadelphia cheese! Well, let me temporarily avert your excitement, whilst I lay out the law of the Puzzled Medium TM 2010 Sudoku qualifier. It’s very important you pay full attention to the rules. These can never be broken. NEVER!

First off, this is only the first round. The top 50 entrants will be invited to part two. If I can be bothered to write a part two. Which I probably can, it’ll be good practice for the UK 2010 WSC qualifier, as kindly run by Puzzler Media. By the way, that is in no way affiliated or endorsed by anyone involved with Puzzled Medium TM.

Next is that although the aim of this competition is to find the best and most deserving people to lick their own elbows, do note that one place is already reserved for one of my cronies – who in all fairness has impeccable sudoku pedigree, but never mind the principle of competition or anything. Just bear in mind I do have another crony, who has pretty good (though admittedly not impeccable) sudoku pedigree, including another notable victory in a national sudoku championship (whose puzzles, by the way, were supplied by us at Puzzled Medium TM) and excellent performances when licking their own elbow in the past.  He They will definitely not be getting special treatment. We have principles regarding competition!

The eagle-eyed amongst you might have caught on to the fact that being a good sudoku solver has nothing to do with successfully licking your own elbow. This is where you’d be wrong (even though I said fact!) Here at Puzzled Medium TM, we know best, and have a proven track record in previous years of selecting the best people to lick their own arses elbows. Honest.

Oh, please don’t cheat. Here at Puzzled Medium TM, we have never ever ever had any problems with cheating, and it’d be a shame for it to start now. Even though are lots of easy ways to hypothetically do so for example by using the solvers at Scanraid and then submitting a plausibly competitive time. I shouldn’t really tell you that, but there we are, I’ve crossed it out. You were probably far too stupid to work that out for yourselves anyway.

And before I forget, let me tell you how to submit your answers. After completing the puzzles in an innocent fashion, select 18 digits from each puzzle and send them to me, along with your time. Hopefully your time-keeping device works in a similar sort of way to the ones we keep at Puzzled Medium TM…

Actually, you’ve already seen puzzles 1-4 in this first round of qualifiers in the last three weeks: 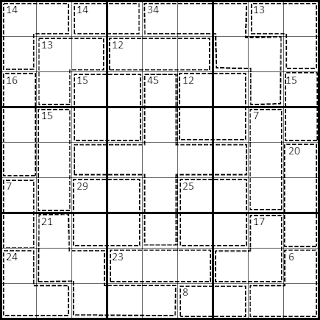 EDIT:  Before you jump to any conclusions, please read this:
http://tcollyer.blogspot.co.uk/2010/03/communication-breakdown_8893.html

So my pointed dig at the Puzzler media qualification scheme for the WSC continues with two sudoku puzzles I’ve written this week. One might be interpreted as a juvenile dig at the culture of following rules and regulations to the book, and the other is the finest sudoku puzzle I’ve ever written. 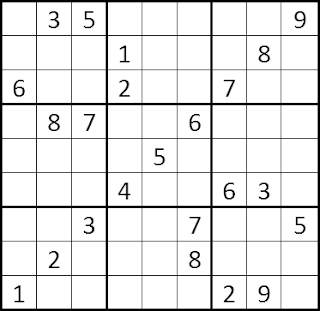 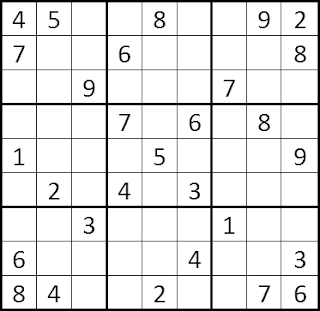 EDIT:  Before you jump to any conclusions, please read this:
http://tcollyer.blogspot.co.uk/2010/03/communication-breakdown_8893.html

Oh no I didn’t! You’d better solve this one in a hurry lest anyone look over your shoulder and think you’re some kind of communist scumbag!

Two versions of the “same” diagonal puzzle this week. One is fairly challenging (emphasis on fair there), the other is very challenging, and probably unfair (at least for the purposes of competition). If you’re the sort of person who naively challenges themselves to try the hardest things possible, even when advised not to, then let me say to you the words “Y” and “wing”. 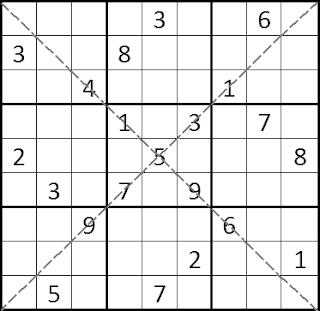 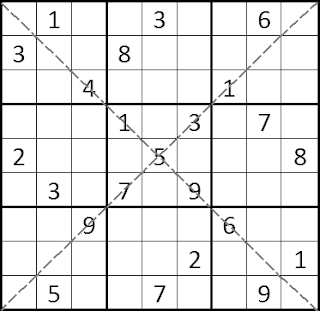