Christof S posted a beautiful Klein bottle sudoku earlier this week.  This led me to revisit my own dabbling with sudoku on various square identification spaces.  My own 9x9 version of the Klein bottle was somewhat flawed as although my rows were all of length 9, I had 4 rows of length 18 and one of length 9.  By setting things up as a 10x5 grid Christof has come across a very elegant solution.

Unfortunately I have not even begun to scratch the surface transferring over the images that used to exist on the Warwick servers over to blogger so you (currently) can't see my own Klein bottle puzzle, and nor can you see my interpretation of the real projective plane.  That wasn't very good either in retrospect, bearing in mind there were now four rows and four columns of length 18, and just the one row and column of length 9.

I've decided to rescue this Christof-style by having a much smaller grid.  Correctly interpreted, this grid has three rows, three columns and three regions of area 12.  Rather than ask you to enter in the numbers from 1-12, I'm asking you to enter them in modulo 6.  This ambiguity means I don't need a minimum of 11 clues.  Here I get away with 10, perhaps with more cunningly shaped regions you could have fewer.

That's probably as confusing to most of my Dearest Readers as the notion that the real projective plane is simply the quotient of a regular 2-sphere by the antipodal map, so you can also view the puzzle this way: a standard 6x6 Latin square with 3 regions of area 12 in which each number from 1-6 appears exactly twice.  Given the size, this isn't particularly hard, but it's also in no way as trivial as a standard 6x6 sudoku.  You'd definitely better be sure that exactly two of each number are in each region.  Enjoy! 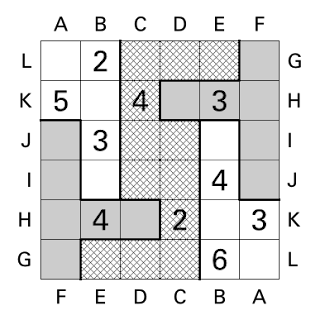 More daily league sudoku - but perhaps you might be able to see some other puzzle types from me elsewhere sometime soon.  More on this to come, hopefully.

Don't forget you can play online with a day's delay at sudokucup.com!

This week is a continuation of last week's idea.  I think this is a variant with lots and lots of potential.  This isn't a particular beautiful puzzle to look at, or to solve, but at least it should provide something of a challenge.  This certainly took a while to test solve last night!

Oh and the rules: consecutive terms of the sequence to be place on the marked line should differ by at most 2.  Which means they can differ by 0, 1 or 2.  Enjoy! 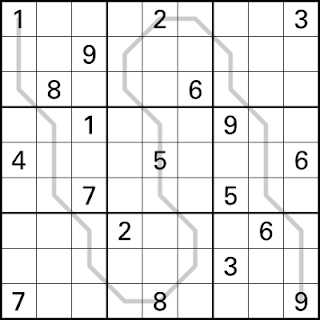 I do keep promising a proper daily league update, but I've been a little bit busy recently.  I'm sure you don't need reminding dearest reader, but my good friend Karel has asked me to remind you all that you can play along online via his rather wonderful sudokucup.com website.


This week consecutive-on-line sudoku.  This means that numbers placed along each marked line should form a sequence (not necessarily arithmetic!) where consecutive terms differ by 1.  I've seen this before under various other names, but I couldn't initially remember and had the name Chinese whispers sudoku mentioned to me.  However this seems more suitable where consecutive terms differ by at most (rather than exactly) n, for some sensible value of n.  More on that next week I suppose.  For now, Enjoy! 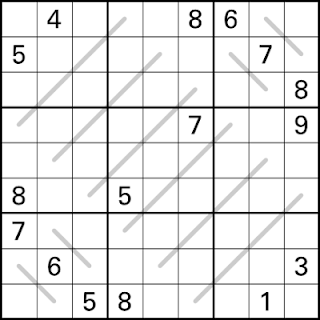 Keep it simple, stupid.  I'll do a daily league update some other time.  Enjoy! 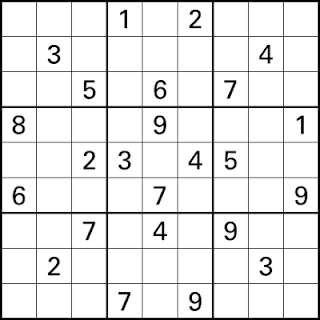 It's just as well I forgot to post this on Friday, as it turned out to be something of a disaster.  The idea here is that adjacent cells do not contain numbers whose sum is 5 or whose difference is 5.  Combinatorially speaking, this is equivalent to an XV Sudoku without any clues.  This probably explains why there were a few problems, and my thanks go out to Karel Tesař (of sudokucup.com fame) for helping to fix this puzzle.  This is really his puzzle!

Anyhow, better late than never.  I've already got this week's puzzle ready so no worries there.  Enjoy!