When The Levee Breaks

OK – well not the levee, but my laptop. It’s currently in for repairs together with all my bits and bobs for publishing puzzles. So tomorrow’s puzzle will be delayed for “a few working days”. My other option is to whip something up in my pad, and take a photo of it, and perhaps find a computer in the maths department with an SD card slot or something. Sigh – maybe not.

This is trebley bad timing, what with a nikoli.com sudoku time trial tomorrow, and the USPC on Saturday. Hopefully I can find a good place to compete in both of these without affecting my performance too much!
By Tom Collyer at 20:54 No comments:

Welcome once more to another edition of Friday Puzzles! To those who are just (de)tuning in, I’d like to introduce you to my own pet sudoku variant, Sudoku Islands. The idea is the result of blending Sudoku and Nurikabe together. I’ve realised that since introducing them earlier on in the summer I’ve not really given a proper description of the rules. So here goes:


Place the digits 1-N in the grid such that each digit appears exactly once in each row, column and marked S×T box. The cells containing digits form a connected region of the grid, not containing any 2×2 block of cells. The remaining cells are shaded islands, whose sizes are given. Each island is clued in the grid.

Previously, N has equalled 5, and S and T have both been 3. Here’s a little recap in case you were wondering how that looks practically. 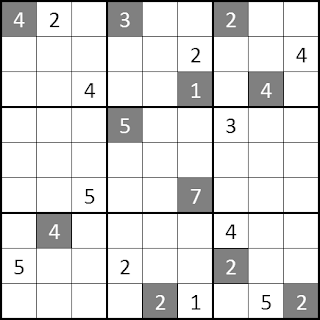 This example ramps up N to 7, and S and T have become 4 and 3. 12×12 classic Sudoku puzzles are something of a drag; I’ve intentionally made this one fairly difficult, although I’m not quite sure whether this size again makes things a little bit fiddly. Let me know what you think! 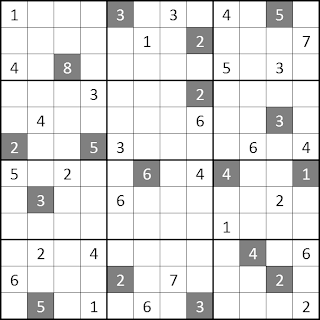 This week’s puzzle is partly inspired by something that my good friend Jason Z (Ziti) sent to me earlier this week. It is probably also the most difficult puzzle I’ve ever made – If I used more than three ratings to classify my creations, then there’d have to be at least one or two more above “hard” to accommodate this beast. As it is, this is only “hard”. Enjoy, and give yourself a pat on the back when you’re done!

Edit: It appears the Warwick servers are playing up, so this may add to the challenge of solving the puzzle; I’m afraid there’s nothing I can do about that. On the other hand, it gives me a chance to plug Sudoku Xtra – whose 9th issue is now out. Contrary to the name, this magazine features a lot of puzzles which are decidedly not sudoku, and is well worth a look. This month’s edition includes the recent (not this week’s that is) Heyawake and A/S Heyawake puzzles that have featured on this blog, as well as contributions from David Millar (who has put together a sudoku competition this weekend) and puzzling friends mathgrant and MellowMelon. 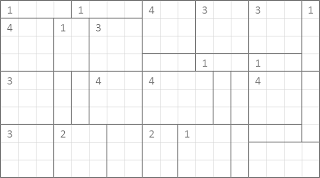