I’m not sure what to say this week. I wrote this puzzle on a bit of a downer last weekend, and it seems nice enough looking back on it now. When test-solving I used what I thought was a “medium” technique (whatever that means) to get it done, but I suppose it’s more than possible it’s easier than that.

Good luck to anyone doing the USPC this weekend. I suspect one fellow blogger, Thomas Snyder is hungrier than ever to secure yet another consecutive title (and I thoroughly recommend anyone interested in doing the test to check out his “better know the USPC puzzle series”), but he should probably keep an eye open for another fellow blogger, Palmer Mebane. This particular blogger will be hoping to keep mistakes down to a minimum! 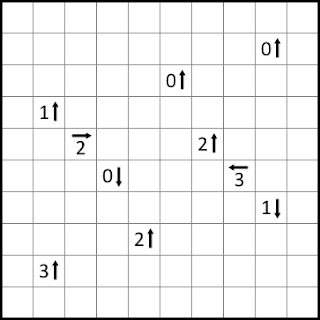 So I’m very glad to be able to say that once more I’m a contributor to Gareth Moore’s Sudoku Xtra magazine! If you aren;t aware of this little gem, then permit me a moment to tell you all about it! The Sudoku part of the title should tell you that a lot of the puzzles are indeed Sudoku related, but there are plenty of Sudoku variants included to keep every enthusiast’s appetite satisfied. A personal favourite of mine is odd-pair Sudoku, which I believe is Gareth’s own invention.

However, those who are underwhelmed by the whole Sudoku craze should still pay attention as the Xtra part of the title holds equal prominence. There are several nikoli-style puzzles in each issue, along with some other WPC favourites. And not to forget arguably the most interesting bit, the community section. (Of course I can’t claim to be totally impartial here!) This features a really rich and diverse collection of logic puzzles sourced from professionals, amateurs and experts alike.

OK, that’s quite enough plugging for now! This week’s puzzle is another Suraromu, inspired the puzzle that appeared in the latest issue of Sudoku Xtra, which was about as much fun I’ve had with any logic puzzle I’ve done in a while. I’m not sure this one rises to those standards, but It’s certainly non-trivial. Actually, Suraromu as a puzzle type intrigues me somewhat because much like Numberlink, as the difficulty of a given puzzle rises, so does that puzzle’s susceptibility to uniqueness strategies. This is certainly true of this puzzle, but unlike with numberlink I think I’d suggest to the puzzler wanting most satisfaction out of the puzzle to resist temptation this time around. And I think I’ve babbled on for long enough now, so all that remains to be said is, Enjoy! 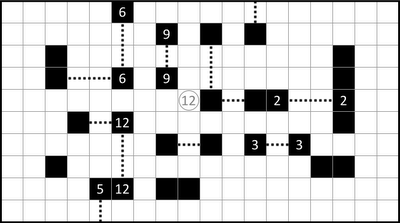 P.S. I should remark that I’m not entirely happy with the presentation of this puzzle. There are some squares which share gates, and I thought that during the test solving this might be a little misleading, even if it is at least implicit that every numbered gate has both of its “posts” labelled. My solution previously had always been to employ a convention that there should be no squares sharing gates, but I suppose I got a bit lazy this week. I’d be interested to know people’s thoughts on this one…

I’m feeling a little below par and not really up to making up the usual half-arsed spiel for a Friday entry. So I’ll let this little Nurikabe speak for itself – I’m quite pleased with the claustrophobic sort of logic you’ll need with this one. Enjoy! 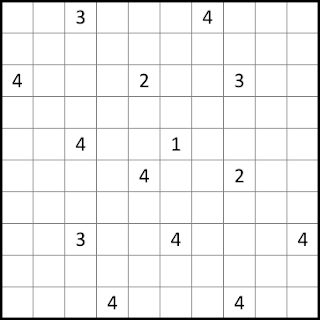 EDIT: Fully interactive version of this puzzle, as kindly powered by Otto Janko’s Java web application can be found here.

So thanks to everyone who gave feedback re the javascript akari – it’s clearly not quite ready for the big bad world, but hopefully firefox users at least managed to glimpse the potential there. Rest assured all comments and criticisms will be passed on!

And so most dearest of readers, on to this week. This puzzle started life almost as something of an exercise, but I think it’s turned out reasonably well, all things considered. Maybe that’s just the claret speaking though. I think there’s just about enough bite there to this to warrant the medium tag, although that too you might attribute to the good claret. Anyway, there are too many other things to be worrying about, alors, c’est tout. S’amuser! 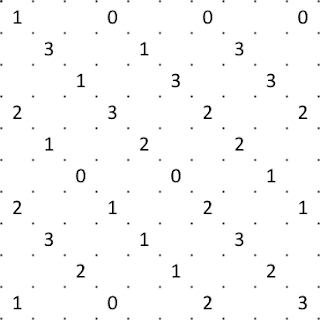