Greetings to all my dearest readers, and firstly apologies tor missing the past 3 weeks.

On the 4th of October I had intended to put out a Twodoku, but late in the design process found a problem with the puzzle and had no time to fix it before I had to travel to Birmingham for the weekend.  I'll see what I can do with that to publish it soon!

On the 11th October I was travelling out to China to participate in the 22nd World Puzzle Championship and 8th World Sudoku Championship.

On the 18th October, a wonderful week was coming to end, and I was much too busy to be able to put out a puzzle.  Or find away to access the blogger service in China!

Anyhow, you can certainly expect some kind of championship report in the next week or so, but for now, let me crack on with Daily League business.  This week, blackout sudoku, which shouldn't prove to be as challenging or fiddly as this type potentially can be.  In fact it's probably safe to say that you won't be seeing too many more challenging Sudoku puzzles from me until sometime next summer.  Enjoy! 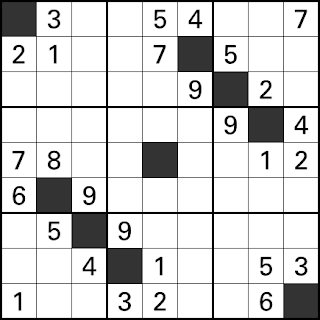 P.S. If you've ever wondered what a bunch of Sudoku authors, from Monday to Sunday, looks like, wonder no more! 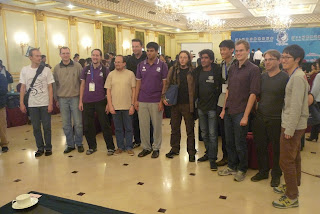