Here's a puzzle I don't believe I've posted publicly yet, but I think might be interesting to solve.  X-Sums Sudoku has some clues outside the grid indicating the sum of the first "X" numbers placed in cells in the corresponding direction, such that "X" is the number placed in the closest cell. For example an outside 3 means the numbers placed would be 2 followed by 1. 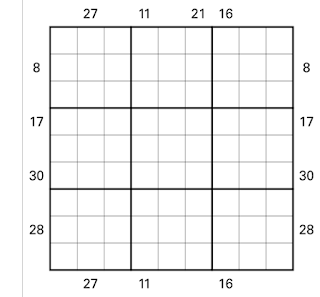