So details of my LMI July Puzzle test, another Nikoli slection, will be released imminently.

Also of note to puzzle fans throughout the land is news of the official UK Puzzle Championship, following on from the Sudoku Championship I happened to win the other week. The drill is much the same, you need to be registered at the UKPA forums, and you should probably take a look at firstly the instruction booklet and the discussion thread if you intend on competing. As before you can participate during any 2 and a half hour window over the weekend.

This week’s puzzle is Heyawake. It’s largely easy, but with a couple of twists thrown in for good measure. Enjoy! 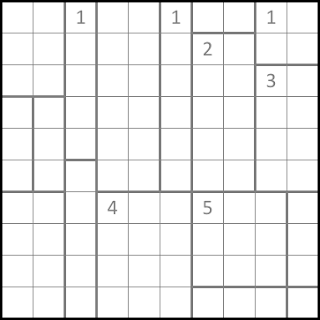 So apparently my brain is rather frazzled today, and whilst there is the makings of a good puzzle idea here, this one is probably a little too symmetric and a little too easy. Also, in other news, I didn’t make any mistakes :D. 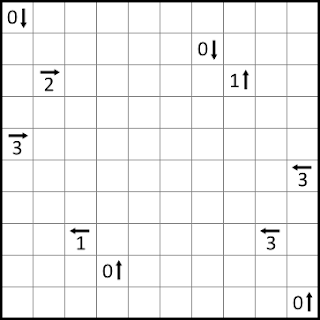 So in the midst of my triple posting last week, I managed to put out a completely broken Sudoku puzzle, where I’d presumably mistyped one of the digits. Looking back a bit later, I realised it was broken but couldn’t find the dodgy digit, so I went back and changed it.

Anyway, more Sudoku today. This weekend is the UKPA’s Sudoku championship – and I have taken the liberty to put together an example of one of the featured Sudoku variants.

Incidentally, if you want to participate, UK citizen or otherwise, then you should definitely read the instruction booklet and the discussion thread. To actually take part in the test, you will have to be a registered member of the the UKPA forums. Registration is free and easy!

Anyhow, back to the variant. This one has the rather inelegant name of “No Donkey Step Sudoku” – perhaps when I have a free moment (haha) I’ll try and think of something better. Anyhow, the idea is fairly simple. Classic Sudoku rules as you know and love them, with the additional constraint that digits may not repeat within 2 cells on a diagonal line at 45 degrees. If you are familiar with no-touch sudoku, then this is simply a slight extension of the constraint. If you still don’t get it, have a look at my good friend Rishi Puri’s example, which has the advantage of coming with a solution grid. Enjoy! 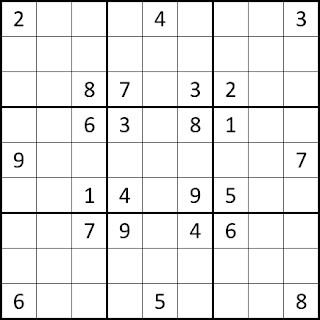 And so we’re back up to date with this entry. Unfortunately I’m running very low on inspiration for blurb text, I’ll let this Slitherlink puzzle speak for itself. Enjoy! 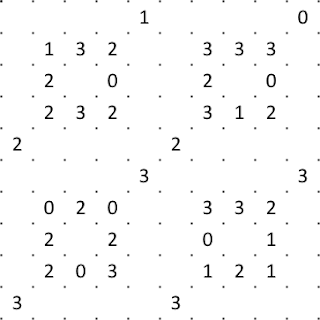 Ah what the hell, seeing as I’ve got this lying around anyway, and this is apparently the only thing I do on my blog, why not another twisted-symmetry Masyu? You’ll note I’m sure, that this (along with the vast majority of my other recent Masyu offerings) indeed has the full twisted symmetry. Enjoy! 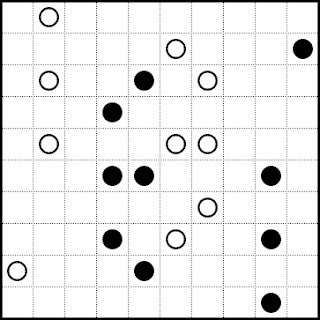 So this is the post to make up for an absence of anything last Friday. This might have been the Great Wall sudoku that I came up with on the coach to and from – you guessed it – the Great Wall, but it turns out that was broken and I want to give that a little more time to fix it to do things justice.

Instead, you’ll have to make do with one of my trademark slightly quirky Nurikabe puzzles. It’s generally plain sailing, but watch out for the odd moment. Enjoy! Firstly let me apologise for being absent the previous couple of Fridays. I have been out of the country on both occasions, the logistics being something terrible.

The first Friday was due to being in Beijing on Sudoku duty at the Beijing International Sudoku Tournament. Expect a full report later, but as something of a taster here are the final four puzzles as solved by Jan Mrozowski of Poland and Jakub Ondrousek of the Czech Republic. Jan was the runner up in the event, solving these 4 in a shade over 11 minutes – but Jakub took the crown with a total time of 10 minutes. Needless to say these are both breath taking performances, and whilst everything was broadcast to some Chinese sports channel, I’m not sure the viewers would have kept up – the commentary team of Chen Cen and Wei-Hwa Huang didn’t seem to… 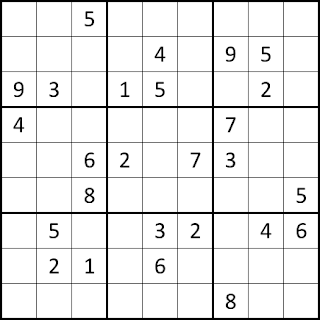 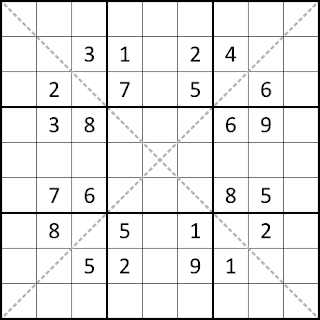 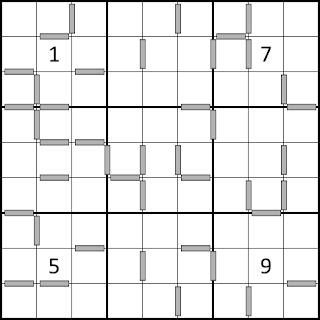 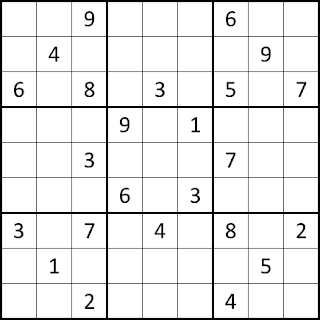 [These were reconstructed from photos taken by Bastien Vial-Jaime – hopefully they are all good and typo-free but I haven’t actually had time to solve these myself to verify this is the case.]

With the quality of the puzzles being so high, I’m not sure that I am well advised in starting the first of my three legs of Friday Puzzles today with a sudoku, but there we go, it’s too late now. Enjoy! 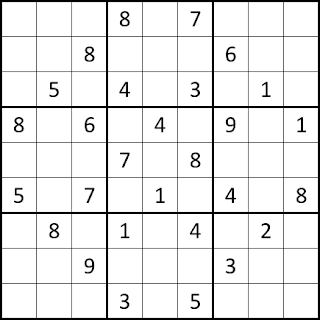