Another classic sudoku this week. Enjoy! 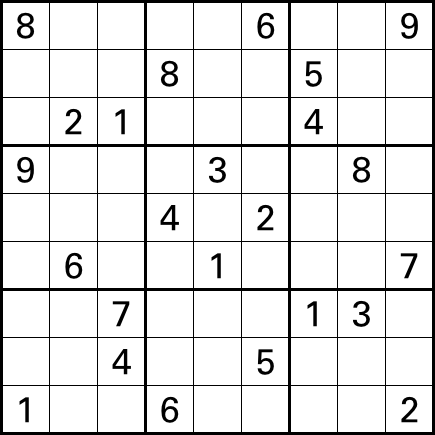 The Art of Puzzles: TomTom

A puzzle of mine just went up over at Grandmaster Puzzles - something meaty to get your teeth into!

The next few weeks might prove to be a little busy for me, so there might be a few more of these easy(ish) classics coming your way.  I like to think there aren't too many people who do this better than me, including all the other newspapers and websites you might play, but as ever I'll leave that judgement to you, Dearest Reader.  I hope I don't disappoint - enjoy! 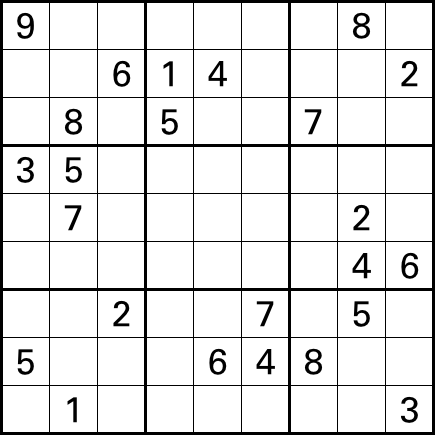 Nothing too spectacular this week, Renban groups.  Numbers placed in the shaded cages must form a consecutive set and must not repeat.  Enjoy! 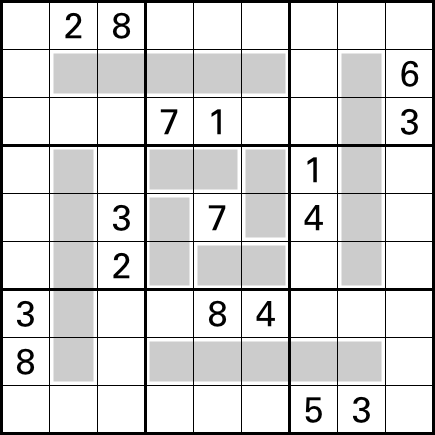 So I'm just taking the time to do a little thinking aloud, and update my dearest readers on what they can expect from me as a puzzle maker in the coming year (and beyond!)

Firstly, my main priorities for the next few months lie with the UKPA, and with several major upcoming projects.  First on the list are the UK Sudoku Championships and UK puzzle Championships, as well as hopefully a bit of website work.

I remain committed to the daily league sudoku project, and this will mean that a good chunk of the puzzles on this blog will remain sudoku and variants.  There may be a few other types, but I wouldn't count on it for now.  I'd very much encourage anyone who thinks they might want to get involved, to get involved.  These are the best sudoku puzzles you find anywhere in the world, and they are coming out one a day.  It's something I am very proud of and I hope it'll keep going for as long as possible!

As time allows, I'd like to start organising contributions and putting together a book to sell. There are many things to sort out here, and this is something I certainly won't have any time for until much later this year at the earliest.  You'll have noticed that I've stopped putting together PDF's for the daily league - this job is currently being undertaken by Christof Seeliger, and you can find these files on the facebook group.

Perhaps some of my dearest readers have been a little disappointed that for the last year this blog has almost exclusively dealt in sudoku and variants.  However, I'm sure you are all more than aware that I am currently a "Contributing Puzzlemaster" over at the Art of Puzzles blog.  From now on I intend to put a post on this blog linking to the relevant post whenever one of my contributions appears.  Given my UKPA priorities, this will be sporadic for much of this year, but perhaps it'd be reasonable to expect something at least once every 2-3 weeks from me there.

Whilst talking about Grandmaster Puzzles, it'd be remiss of me not to mention their Patreon page.  The idea here is basically a way to voluntarily provide financial support for a project via a kickstarter-esque mechanism.

I am toying with the idea of setting up my own Patreon page, and I'd like to get some kind of feedback on whether this would piss anyone off.  Let me make this clear: detuned radio will remain free to view and free of any ads as long as I have a nice free platform like blogger that allows me to do so.  Creating puzzles remains a wonderful distraction which is reward enough without beginning to think about any kind of money.

I'm not sure I'd like to promise any Patreon rewards (solutions?  Nice PDF's?) for any theoretical patronage just yet, but it would be nice to give those of my dearest readers who might like to express their generosity the opportunity to discretely do so, without getting in the face of my equally dearest readers who don't.  I'll probably try and discuss this a little more in the next few weeks if I get some positive noises.

Finally, this puzzle needs a home - and given something very similar appeared on GM puzzles yesterday - I can't think of a better place than here as reward for putting up with my ramblings.  Perhaps this should have gone up on the 1st, but whatever.  Enjoy! 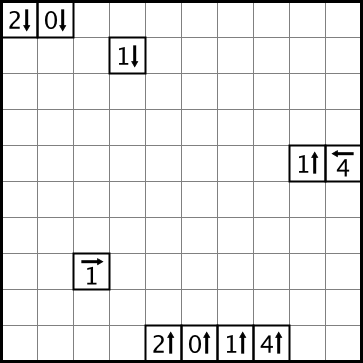 A happy new year to all my dearest readers.  Given that both 20 and 14 are even numbers, and 405 is not, there's a fairly obvious diminishing returns thing going on with the tweaking of the uncaged cells.  C'est la vie.  Enjoy! 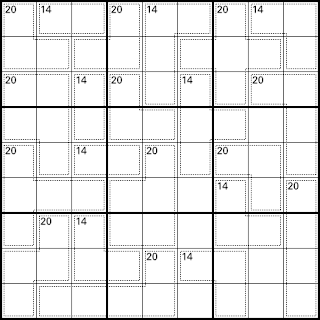