I'm sure this sort of thing must have been tried before, dearest reader.  Not my most elegant work, but the vast majority of the windows will need to be opened if you want to make it through to the end.  Enjoy! 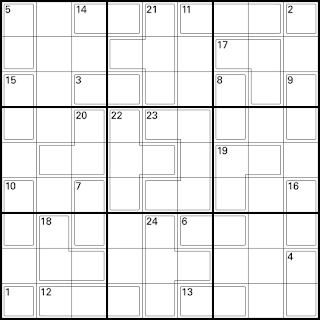 It's been a long time since I did Heyawake.  As with the recent Masyu, it's not entirely Nikoli smooth, and there are bits I'd even go so far as describing as fiddly, but hopefully it makes for a decent challenge at least.
As a bit of an aside, I came across semiexp.net recently, and lots of it basically seems like magic to me.  For example:
There's also something called pzprRT, which seems like an extraordinary setting tool.  Basically, for a small number of types, including 4 of my favourites: Yajilin, Masyu, Slitherlink and indeed Heyawake, you are able to mark up your puzzle using the pzprjs project (i.e. as featured on puzz.link) and then you can press a button and it will give you the live deductions corresponding to the clues you've put in.
I am still generally avoiding marking up my puzzles using puzz.link, as the interaction between the puzzle player and the hidden database (which stores the metadata of logged in solvers) is still not entirely clear to me.  I think I saw that this metadata is indexed by hashed versions of the puzzle URLs rather than the URLs themselves - this would kind of be fine by me I think as it means the database would be genuinely only metadata, rather than actual puzzle data making up some kind of secret dystopian mega master puzzle database.  But in any case pzprRT generated me a puzz.link, so I think it means this puzzle is now on the database, hashed or otherwise, and now what’s done is done.
I suppose what it does mean for you, dearest reader, is that you can also play along online!  I may even start making a habit of it.  Enjoy! 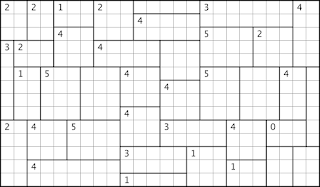 So I don't think this is really as smooth and polished so as to live up to Nikoli standards, but there are a couple of flashes of something here and there to keep you interested, dearest reader.  Enjoy! 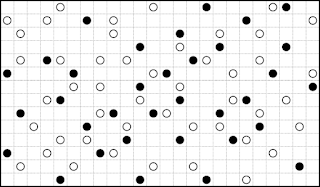 I'm going to be posting a few Nikoli style puzzles over the next few days.  I was about to say that there probably won't be any Sudoku, but that's not entirely true.  As a bit of a preview, there will probably be a few Renban Groups that I'll post, mainly because I've seen too many examples where the groups are presented as lines, rather than shaded regions, and it's annoyed me past a critical point.
Anyhow, puzzles like these I guess aren't as common as they used to be.  Nothing too flash here.  Enjoy! 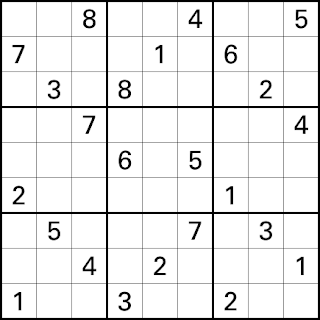 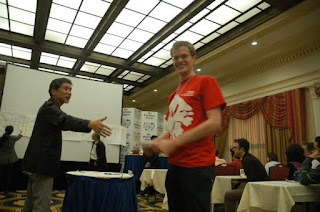