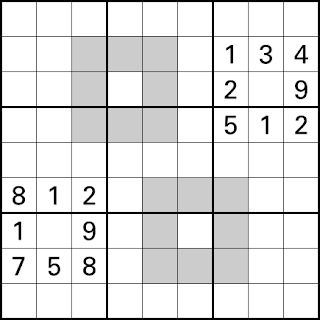 It's been a year or so since I posted one of these.  I seem to have something of a penchant for sudoku variants where you alter the grid slightly to enter a smaller subset of digits.  I suppose the thing with this variant in particular is that the star-battle constraint is fairly strong in a 9x9 grid, and especially so when you restrict them to 3x3 boxes.  So, maybe a bit of thought to get started, but nothing too strenuous afterwards.

The rules, dearest reader, in case you've forgotten: 1-8 in each row, column and 3x3 box, with 2 appearing twice in each.  Moreover, the cells containing 2's must not touch either adjacently, or diagonally at a point.  And yes, it'd be more natural to do 1-7 with two stars, but "two" rhymes with "su" and that's more than enough to turn me on.

I'll edit in league updates later, but I must confess it's something of a chore.  Why not help me out and follow all the league updates via the facebook group?

And seeing as I didn't post it last week, let me link you to the week 9 PDF.  I'll edit in the week 10 PDF on Monday, or something. 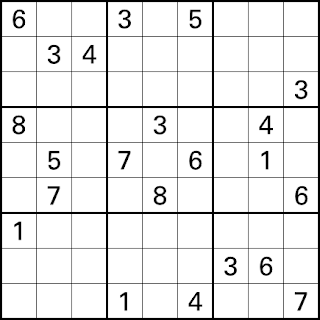 Seems I forgot to post yesterday.  Here's a diagonal sudoku for the daily league.  Have you tried playing online? 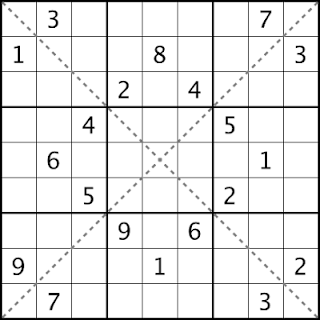 This week we have a puzzle whose better known cousin involves the number 5.  I've no idea where the name comes from, I'm not sure I like it, but basically this is killer sudoku where the cages aren't labelled.  All you know is that the units digit is 8 - so to be completely clear the only possible values are 8, 18, 28 or 38.

Still, I'm not one to turn down a request, and this should hopefully prove to be a good warm up.  As with many of the slightly more obscure sudoku variants, a lot of the difficulty comes from the novelty, so beginners might find this a little harder than medium as they get to grip with logic the constraint adds.  Enjoy! 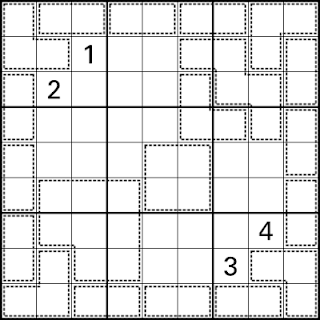 You should know the drill by now.  This week another classic puzzle, which kind of defies a sensible rating.  I have good reasons to equally call this easy, medium or hard.  You'll hopefully see what I mean after you've solved this, dearest reader. Enjoy! 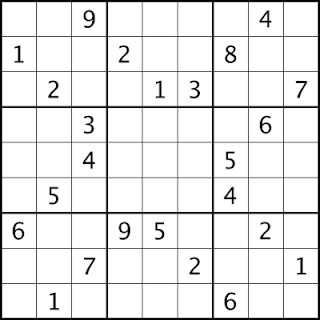