More Numberlink this week. Over the week I’ve pretty much convinced myself the solutions I have in mind really are the only ones, and I’ll go into this more maybe with an edit to this post in a few days. What I’ll say for now is this. I reckon the second is a much nicer puzzle than the first, but the first was definitely more easy for me to convince myself of uniqueness.

This seemed rather strange to me on second inspection, as it turns out that it has a few properties that I had previously thought might have been barriers to uniqueness. In particular, it fails a test I’ve devised to check whether if you have one solution, then you can only have one.

This test was something I came up with when inspecting the second puzzle again. I haven’t rigorously proved this to myself but it does make intuitive sense. The second puzzle does pass this test.

Anyhow, my apologies for being so cryptic – but be assured dearest reader that I am only because I don’t want to spoil the solving experience, and also with the promise of explaining all in a few days time. Until then, enjoy!

UPDATE (II): PUZZLE 105 EARLIER CAME WITH A SPECIAL OFFER OF MANY POSSIBLE SOLUTIONS FOR THE PRICE OF ONE!!! 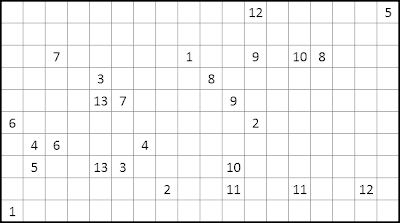 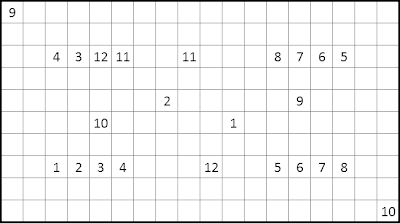 We’ve not had a Nurikabe puzzle for a while. I claim this is a medium, but it might really be a hard. The reason for this is that the solving path is logical enough and I don’t want to be putting off some of my readers who do love a good Nurikabe put don’t want to dip their toes into a “hard” puzzle. Give it a bit of perseverance and you will get there in the end…

Anyhow, not the worst puzzle I’ve ever done, and perhaps this was indeed the right outlet after my rather rushed talk on Wednesday. Enjoy! 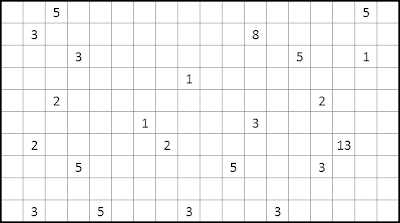 Yes I post this entirely shamelessly, offering the fine excuse that yesterday I was rather busy having lunch and dinner in Oxford. There was a maths conference there too at some point, I think.

Anyhow, please believe me when I say that I really can’t keep this up forever. After this week I’ll give Masyu a break for a while. I can’t really compete with the Juno standard anyway. But this isn’t bad :) 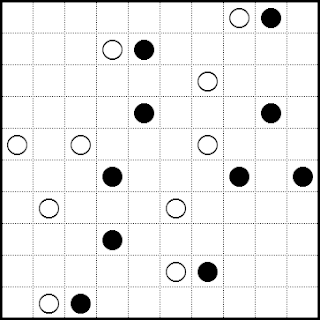 I’m also going to repost the pick of the puzzles from the recent UKPA Sudoku Championship. Many congratulations must go to our first champion Warren Harvey, a long-time reader of this blog. He topped the British contingent with a winning score of 100 points.

There was an incredible international participation too, the size of which took us aback. The top three of the table in a field of genuine world beaters were in third place Hideaki Jo of Japan, who completed the set and scored 240 points. Just a minute quicker to solve all of the puzzles was Yuhei Kusui, also of Japan with 242 points. However the clear winner was Florian Kirch of Germany, top of the pops with 256 points, completing the puzzle set with a most impressive 8 minutes to spare. Many congratulations Florian, if you’re reading, and good luck to all my other German readers who used this as a warm up to the forthcoming German championships.

As to the reasoning behind these pick of the puzzles; it’s simple. The puzzles I made I wanted to be unique amongst the background of their sub-family of Sudoku variants. With these, I succeeded and then some. I haven’t seen any puzzles anything like either of these two. Enjoy! 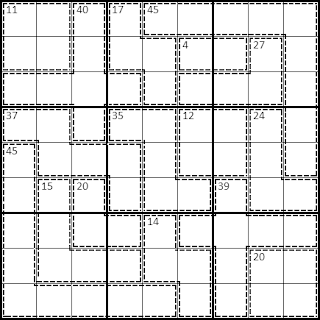 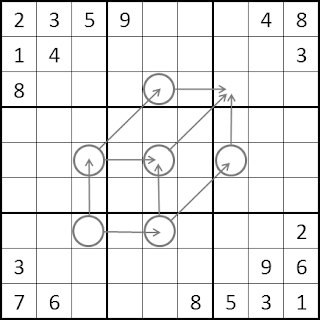 Greetings all – just a quick update this week. The first two puzzles are taken directly from the instructions of the imminent UKPA Sudoku Championship. Please note that the second link takes you to a groovy new tournament page. 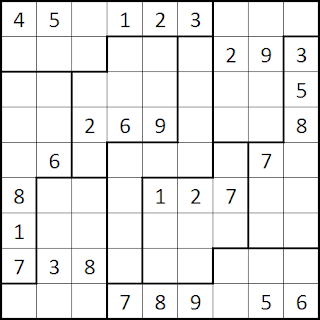 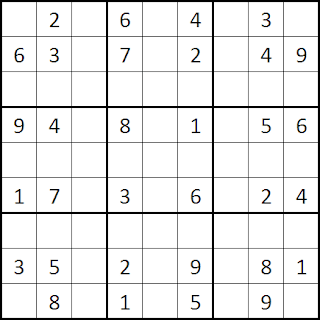 Please refer to the puzzle examples section of the instructions linked above to refer to the rules. I can’t really be bothered to copy and paste them here! You’ll also have the novelty of finding the solutions there too!

For my 100th published puzzle, I’ve decided to let myself go a bit. Yup, another twisted symmetry 10×10 masyu – but I reckon this one is probably harder than last week’s offering. Rest assured that I’m going to stick to my guns on this and still call it a medium – just! I am particular pleased that almost by accident I stumbled upon a way of implementing the sort of non-trivial global logic I’ve wanted to put into a puzzle of this size for a long while now. The finishing move is pretty subtle as well, but no less cool for being so. Enjoy! 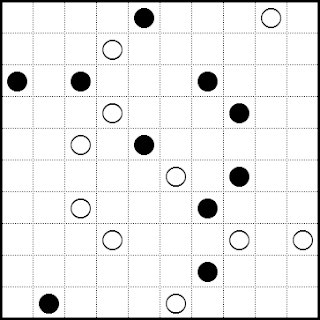 As promised, here is some information regarding this event that I’ve been tirelessly working at for about 6 months. Honest!

And here’s a link to the instruction booklet: http://www.ukpuzzles.org/downloads.php

We don’t quite have the web interface live. The registration process is going to be handled via the forums, so if you wish to compete then you’ll have to sign up. Because this isn’t quite done, if you have already registered, you will probably have to go and change some of your account settings (e.g. your name and your nationality) in the next few days.

That’s about it for now – more coming soon!
By Tom Collyer at 13:59 No comments: