I’m in a little bit of a rush this week, in particular the image quality might be a little below par for now. I also plan on editing in the grand final puzzles from the Times championship last week a bit later, but for now, you’ll have to make do with this yajilin. I think there’s enough here to bump it up to a medium. Enjoy!

EDIT and with alternative Akari-style presentation: 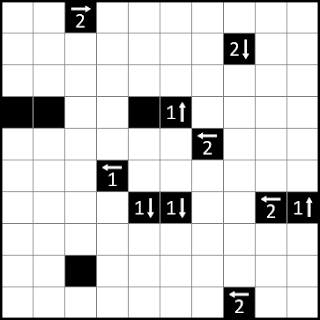 See also this link for an interactive web version, courtesy of Otto Janko.

SECOND EDIT And for those who are interested, here are the puzzles from the grand final for the Times Sudoku championship. On the day, these must have taken me 20+ minutes, but when republished in the newspaper later in the week, I clocked 14.10. Perhaps some of that was familiarity, but I’d argue that only made a difference with one of the puzzles (#4). I’d even argue that 14.10 felt a little slow, and as I posted in a comment in the previous entry, I reckon the crème de la crème could be much closer to an aggregate 10 minutes.

As with last year, I don’t have any sort of permission to reproduce these, so I’ll take them down if requested, but no-one complained last year and I think it’s fair use in so much as this will provide highly interesting international comparison. Since there is no copyright in the paper, I can’t be 100% sure that these are from the Puzzler Media generator, but I think it’s more than likely that that’s the case. 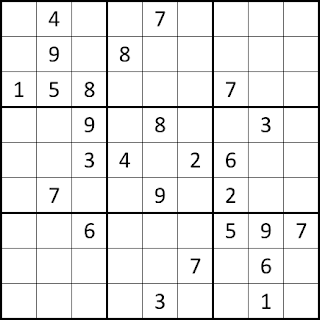 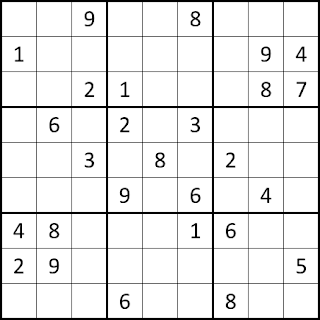 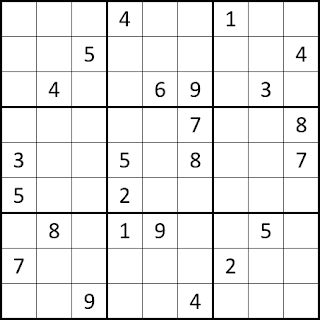 And finally, my own personal nemesis – and as with the case with most nemeses there’s no particularly good reason why this would be the case! 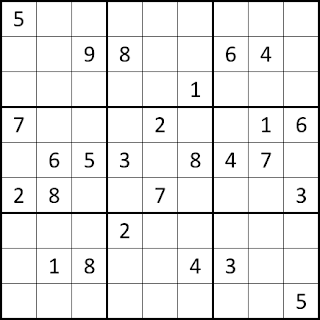