Palindrome Sudoku this week.  I suppose, Dearest Reader, you are clever enough to know that means putting palindromic sequences along the lines in the grid.

I'll edit in all the League stuff later.

In other news, for the next few weeks I'm taking some time off from the League, so you'll also be seeing some puzzles which aren't Sudoku for the first time in a while.  Which is nice.  Enjoy! 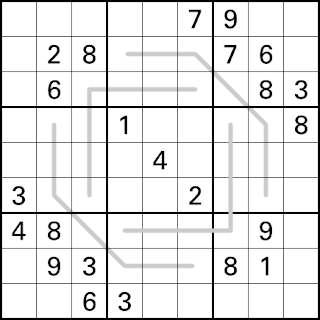