I've got a backlog of puzzles that will hopefully be unleashed either later today or else next week.

This one is x-sums.  The clues outside the grid indicate the sum of the first X placed numbers in the corresponding direction. 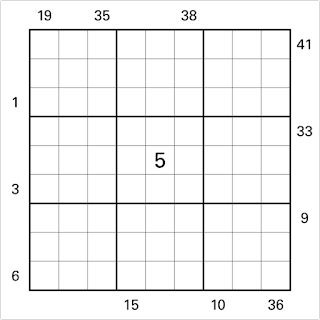