So here's a puzzle with an idea on a recent theme.  I'd say the execution is reasonably good, but as I'm working mostly by hand it doesn't quite feel polished to its true potential.  It's still doable if you don't get the idea, but fair warning, it might be a bit of a slog.  Failing that it's probably very guessable.  But I have more faith in you than that, dearest reader.  Enjoy! 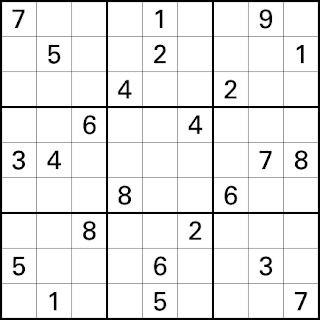 Update: I might downgrade this from a 9 to an 8 as I've just realised the intended pattern used is very similar to the original Phistomefel pattern, which perhaps is a bit easier to spot and make use of...
All puzzles © Tom Collyer 2009-20.
By Tom Collyer at 23:48