There shined a shiny demon, in the middle of the road

And I made the first grid that came to my head
Just so happened to be
The best grid in the world
It was the best grid in the world
Look into my eyes, is it easy to see?
One and One go where?
Two and One must be?
It was destiny
More on this one later, especially for my dearest readers whose memory might not go back quite as far as 2008, but also for all my dearest readers who have enjoyed the recent discussions.
And although this is just a tribute to a legend of nikoli.com, I also think it's one of the better Sudokus I've ever put together.  For whatever that's worth.  Enjoy! 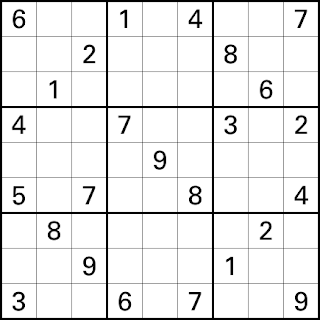 Edit: I'm having second thoughts about the rating of this puzzle.  I initially thought I wouldn't have the balls to put something like this into a sudoku competition, because people might end up guessing anyway.  But on second thoughts (see the comments for more thoughts), maybe I would.  In which case that 10 might get downgraded to an 8 or 9.
All puzzles © Tom Collyer 2009-20.
By Tom Collyer at 01:35