For this week’s puzzle, I’ve decided to have a little play with Yajilin, and its presentation.

A problem I quickly ran into was with how the clues have an effect on the puzzle. It wasn’t too long into making this that I had a nice symmetric pattern laid out in the grid, and a few clues in place. As I continued putting in more and more clues, it became increasingly obvious that I wasn’t going to need all the marked squares for clues that I’d set aside. However, I also realised that I couldn’t simply throw them away (for one thing, think of the symmetry!). But more importantly, because the rules of Yajilin say that you have to use every square in the grid, these as yet clueless squares were still playing a crucial role in the solving process.

As such I’m going to throw you two versions of the same puzzle, presented slightly differently. For the first, I filled in the the clue squares I needed, sometimes ridiculously, and sometimes a little more obscurely, all the time trying not to introduce too many logical short-cuts into the puzzle.

I am not sure then, that despite having more information in the first version, whether actually the second is a nicer solve. 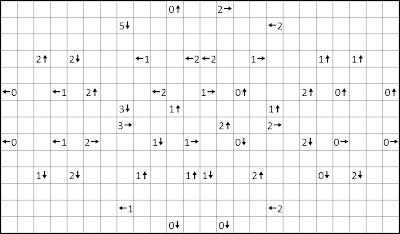 Note in this version that you can shade in a square directly adjacent to a blank grey square, although the loop definitely cannot enter these squares. Also note that the the grey squares aren’t included in the count of the to-be-shaded squares.

I’m hoping I’ve deleted the right clues, although I suppose it’s not the end of the world If I’ve gone too far. I think it should work out that there are probably still one or two technically surplus clues hiding in there. 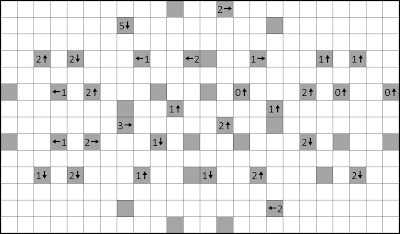