...will be delayed until Sunday or maybe even Monday.  Sorry!

EDIT:  This one is for Fred and Prasanna.  Much love. 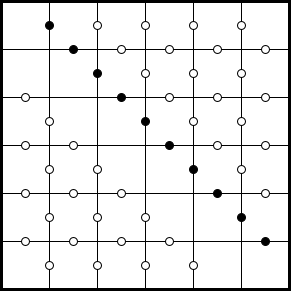 2nd EDIT:  So I'm continuing with my WPC series, and we've made it up to round 4.  The first couple of Easy As ABC Crossword puzzles that I solved were part of the reason I didn't pay much attention to the Half Dominoes explanation during the Q&A session, and it's fair to say that I got the bug for these pretty quickly.  The puzzle I've put together below probably has a couple of surplus clues, but is nevertheless hopefully quite fun to solve.  Enjoy!

Rules: (as taken from the WPC instructions)
Write letters A, B and C in some of the cells in the grid so that each sequence of three or more horizontally or vertically connected cells contains each of the letters exactly once.  Letters above and to the left of some sequences indicate the first letter seen from the corresponding direction. 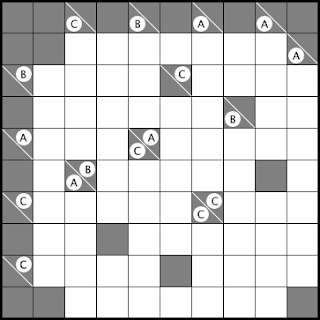